ALPINE is a 70h cycle 5 ALMA program (2017.1.00428.L) to study the gas and dust properties of young galaxies during the early growth phase at redshifts z = 4-6. ALPINE observes in total 122 main-sequence galaxies with spectroscopic redshifts between 4.4 to 5.9 in COSMOS (108) and the GOODS-S/ECDFS (14) at a rest-frame wavelength of 158 micro-meter and measures their singly ionized Carbon emission (C+) as well as their far-infrared (FIR) continuum. The chosen galaxies are representative of the Universe at these times and therefore ALPINE provides a representative picture of their physical properties.

The main science questions addressed with ALPINE are: 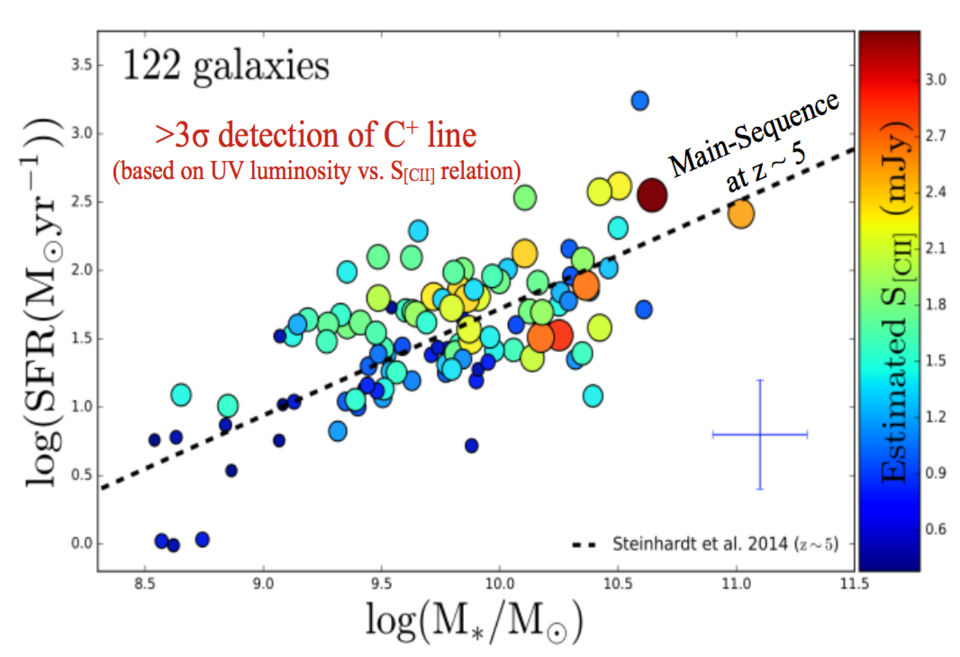 In addition to this, ALPINE provides a lasting legacy in the data-rich ECDFS and COSMOS areas. These data will pave the way for detailed follow-up observations, e.g., with ALMA at higher spatial resolution, and provide a reference sample for studies with future facilities like JWST.

Data is being taken right now and will be finished in 2018.

See the field coverage plot and table below for a summary of observation properties.

Image: The field coverage of the various sub-millimeter surveys within the COSMOS region. 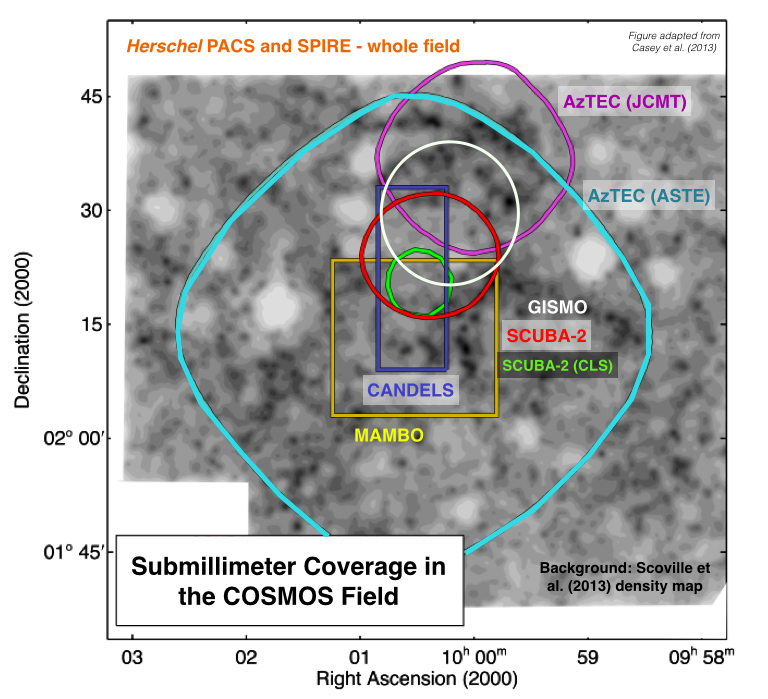 Summary of parameters for sub-millimeter bolometric observations in the COSMOS field.