The COSMOS2015 catalogue combines the >30 band photometry and SED fits (photometric redshifts, stellar masses, SFRs, etc) of half a million sources up to z=6 spread over the 2 square-degrees of COSMOS.
In particular, it uses the new UltraVISTA images, as well as the Spitzer SPLASH photometry! 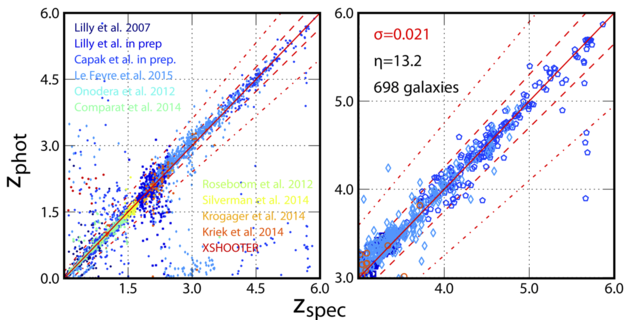