Structure in the Universe

The COSMOS survey is designed to measure properties of individual galaxies and the largest structure in the universe at the same time.  This allows astronomers to understand how the largest systems influence the smallest one and how this interplay changes with time. 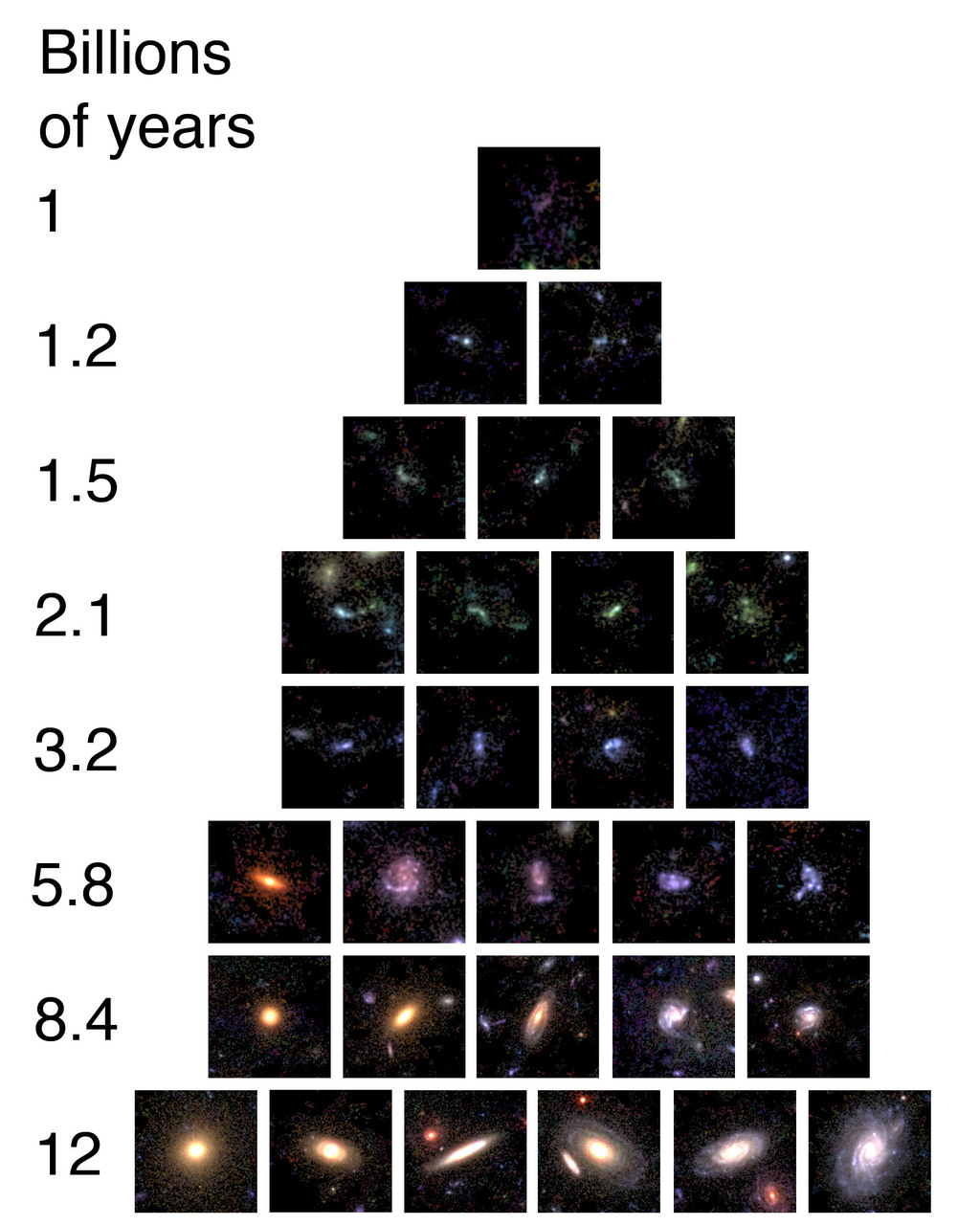 The properties of galaxies shown as a function of time since the big bang. Notice how their shape and color changes with time. COSMOS is trying to understand how and why this happens. 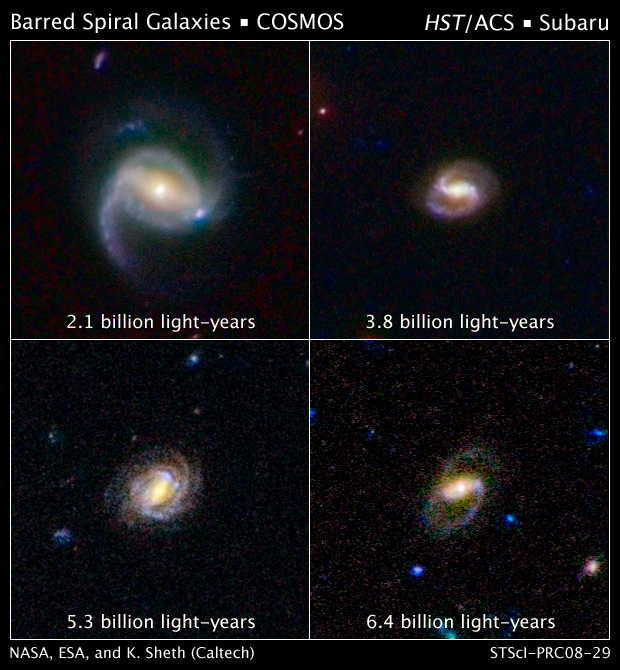 Galaxies look different and have different internal structures like bars, bulges, and spiral arms. COSMOS lets astronomers understand how and why these form and if they are influenced by the larger structures the galaxies live in. 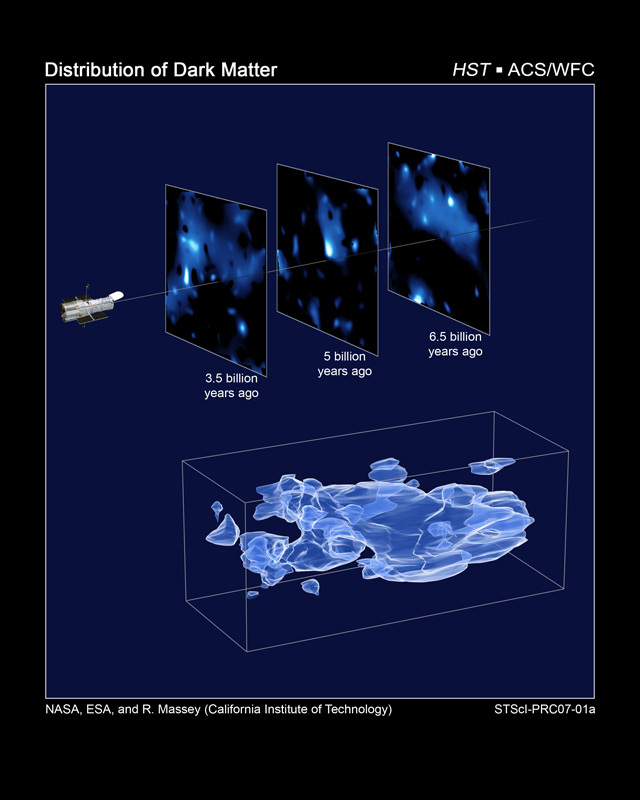 With the data collected in COSMOS we are able to map both the matter that has formed stars, and “dark matter” that exerts a gravitational pull and makes up >80% of matter, but emits no light. This lets us understand how the two forms of matter interact and how they influence each other.