The Cosmic Evolution Survey (COSMOS) is an astronomical survey designed to probe the formation and evolution of galaxies as a function of both cosmic time (redshift) and the local galaxy environment. The survey covers a 2 square degree equatorial field with spectroscopy and X-ray to radio imaging by most of the major space-based telescopes and a number of large ground based telescopes. Over 2 million galaxies are detected, spanning 75% of the age of the Universe. COSMOS is led by Caitlin Casey, Jeyhan Kartaltepe, and Vernesa Smolcic and involves more than 200 scientists in a dozen countries. More information on the COSMOS team members can be found here.

COSMOS-Web overview paper is out!

COSMOS-Web is a 255 hour treasury program to be conducted by the JWST in its first cycle of observations. It observes a contiguous area of 0.54 deg2 with NIRCam imaging as well as an area of 0.19 deg2 with MIRI in parallel and builds on the rich heritage of multiwavelength observations and data products available in the COSMOS field. The design of COSMOS-Web is driven by three primary science goals:
Read on!
For more details on observations and science, see our COSMOS-Web overview paper: Casey & Kartaltepe et al. (2022) 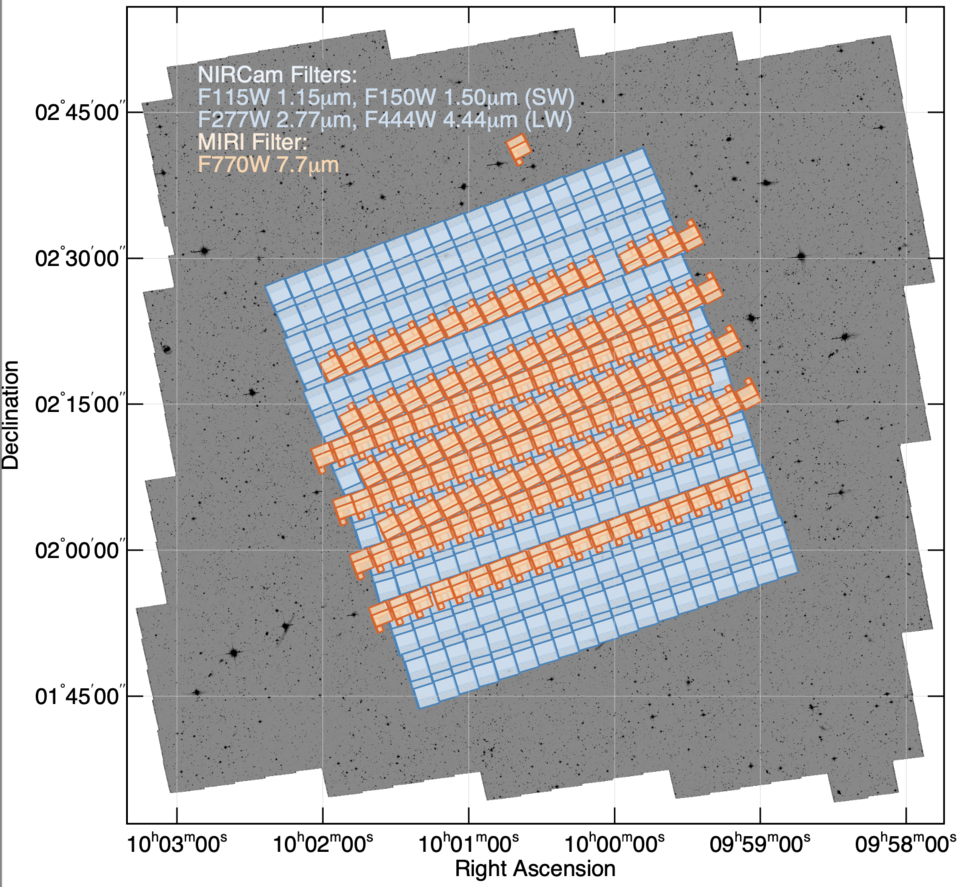 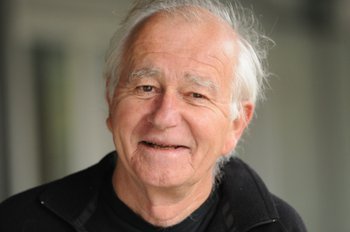 Nick Scoville, the Francis L. Moseley Professor of Astronomy at Caltech (Emeritus), was recently elected to the National Academy of Sciences in recognition of his distinguished and continuing achievements in original research! Nick is the PI of the original COSMOS HST/ACS observations. Congratulations!

New COSMOS catalog is out!

The new COSMOS catalog is out and its accompanying paper is accepted!

The catalog contains 1 million sources measured in more than 30 photometric bands from the UV to the infrared. For the extraction of the photometry, our international team applied a new prior-based method to go even deeper and to obtain more robust measurements for blended sources. The catalog also contains photometric redshifts and other physical properties of the galaxies measured from their photometry using spectral energy distribition (SED) fitting codes like LePhare and Eazy.

This catalog is a major milestone for COSMOS, combining its multi-wavelength data consistently, and opening up new avenues to explore galaxy evolution.

You can download the catalog at https://cosmos2020.calet.org to use it for your own science! 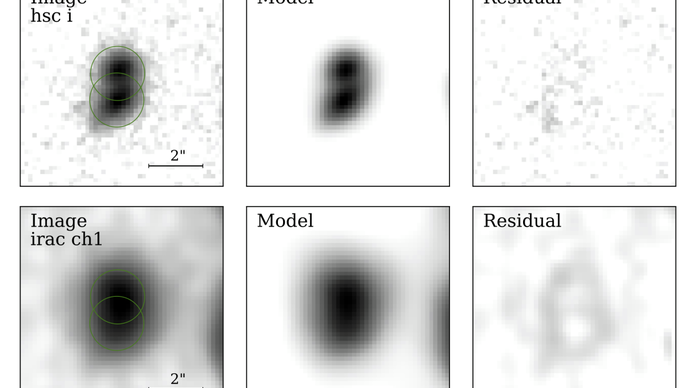 For the extraction of the photometry of the galaxies, a new prior-based method is used to go even deeper and to obtain more robust measurements for blended sources. Credit: J. Weaver et al. (2021).

Extended radio AGN and how they bend it

A team of COSMOS researchers studied jets escaping active galactic nuclei (AGN) to investigate what causes their bending. For this, they used radio data from the VLA and X-ray observations from Chandra/XMM-Newton to measure the "bent angle", i.e., the angle the jets form to each other in a two-sided source. The angle is related to the environment in which the AGN hosts reside and compared to magnetohydrodynamic simulations. It is found that the evolution of the environment surrounding the sources affects their radio structures and allows for more space for jet interactions.

When the James Webb Space Telescope (JWST)—the long-awaited successor to the Hubble Space Telescope—becomes operational in 2022, one of its first orders of business will be mapping the earliest structures of the universe. A team of nearly 50 researchers led by scientists at Rochester Institute of Technology and University of Texas at Austin will attempt to do so through the COSMOS-Webb program, the largest General Observer program selected for JWST’s first year.

Over the course of 208.6 observing hours, the COSMOS-Webb program will conduct an ambitious survey of half a million galaxies with multi-band, high-resolution near infrared imaging and an unprecedented 32,000 galaxies in mid infrared. The scientists involved said that because COSMOS-Webb is a treasury program, they will rapidly release data to the public so it can lead to countless other studies by other researchers. 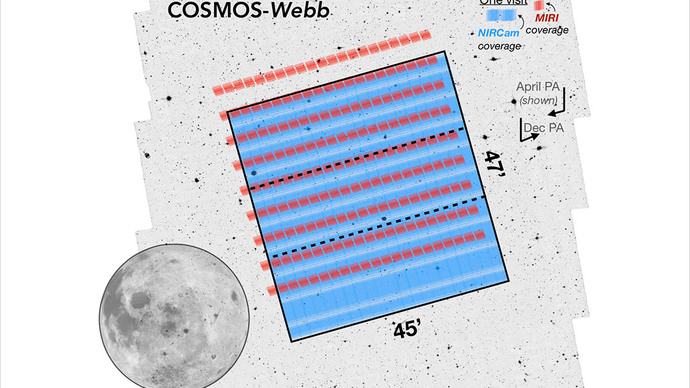 COSMOS Survey
@cosmosastro
RT @Jeyhan: #JWST is taking our data right now! We've waited for this for so long and are so excited to get to work with this incredible ob…

COSMOS Survey
@cosmosastro
RT @astr0livia: happy to share what I was up to that one day in the shark tank: chatting about jwst + @cosmosastro and figuring out how to…