Why do dead galaxies grow in size?

Quiescent galaxies do not form stars anymore, however, their population averaged size is increasing over time. Using stacked zCOSMOS spectra, Fagioli et al. measured their ages as a function of size and find that small galaxies are older than large ones. This indicates that the increase of the average size of quiescent galaxies with cosmic time is due to the addition of newly quenched, bigger star-forming galaxies at later times to the quiescent population. This is not true anymore for the most massive galaxies, which individually grow in size, possibly due to dry mergers.

Image: A massive quiescent elliptical galaxy in the local Universe. 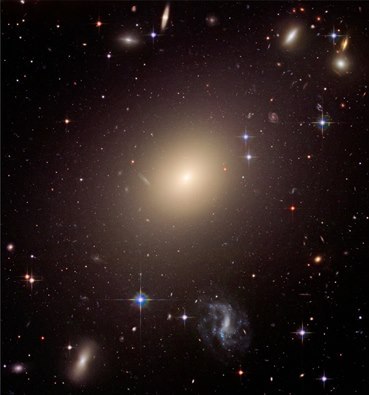