Do sub-millimeter galaxies (SMGs) live in over-dense regions in the early Universe?

A new study on COSMOS shows that between 35% and 60% of SMGs (i.e., highly star-forming galaxies) between z = 0 and z = 5 (1 billion years after the Big Bang) indeed reside in over-dense environments. However, the study also shows that the occurrence of SMGs occupying over-dense regions is lower at z < 3 compared to z > 3. This might indicate that highly star-forming galaxies can only be formed in high density regions at early cosmic epochs, while at later times, modest over-densities allow SMGs to form. For more information, check out their paper: http://adsabs.harvard.edu/abs/2017A%26A...597A...4S

Below: Local environment around one of the SMGs at z=4.5. 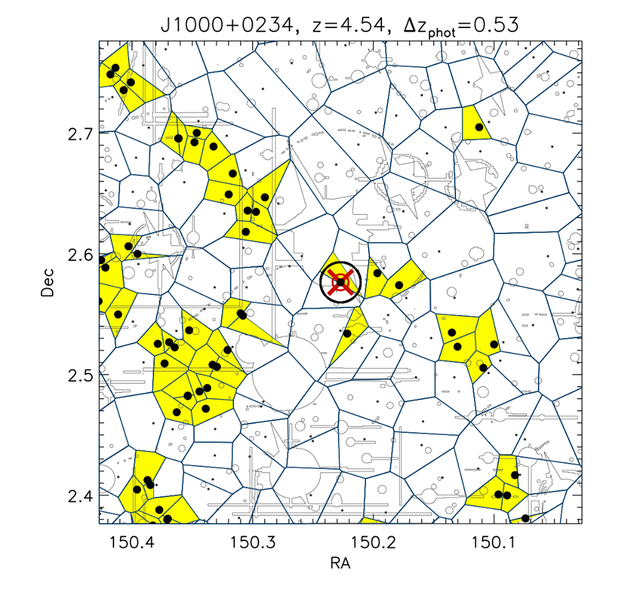