A team of researchers, led by Behnam Darvish, have been able to examine the cosmic web in great detail thanks to the plethora of high-quality COSMOS data available. The team have used the accurate photometric redshifts available within COSMOS, out to large cosmic distances, to map the density field within COSMOS. That is, they have determined the location of clusters of galaxies, filaments of the cosmic web and "normal" density regions called "the field." The cosmic web is the large-scale, complex network of galaxies, dark matter and gas that pervades throughout the Universe. The team found that a galaxy's position within the cosmic web plays an important role in determining the evolutionary pathway taken by the galaxy. They found that the cosmic web has a different influence on the rate of star formation within central galaxies (existing inside regions of high gravitational potential) compared to satellite galaxies (existing on the outskirts of these clusters). These findings will pave the way for exciting future work with upcoming telescopes such as LSST, Euclid, and WFIRST. Read the press release here and see the published paper here.

Image: A simulated view of the cosmic web 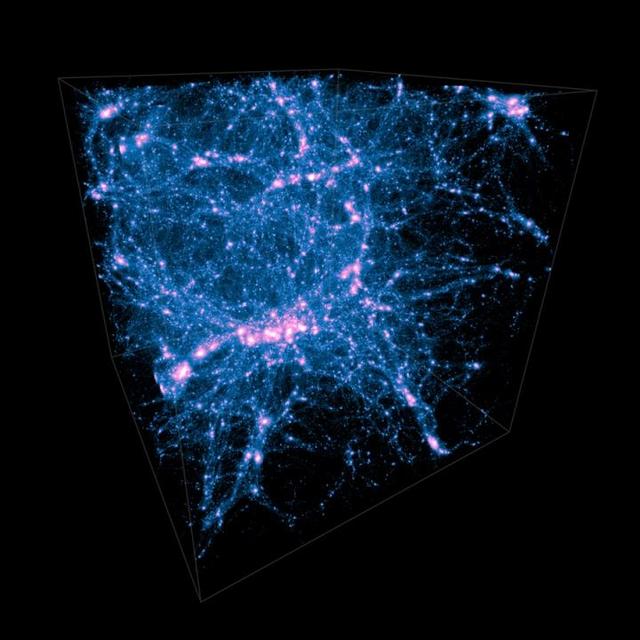