An international team of astronomers has conducted a powerful new survey of the sky at radio wavelengths. This has provided some of the most advanced data with which to examine the life-cycle of galaxies over the past 13 billion years of the universe’s history.

The VLA-COSMOS 3 GHz Large Project, led by researchers at the University of Zagreb, is a radio survey of a two-square-degree patch of sky called the COSMOS field. The team observed this field for 384 hours with the Karl G. Jansky Very Large Array (VLA) telescope in New Mexico, USA. This resulted in one of the clearest (highest angular resolution) and deepest (most sensitive) radio images ever produced over such a large region of the sky. In the radio ‘sky map,’ the team detected nearly eleven thousand galaxies.

“The radio light from a galaxy can show us at least two very important things,” said the lead investigator of the project, Associate-Professor Vernesa Smolčić from the University of Zagreb. “Radio light helps us to see straight through dust clouds and so reveals new stars forming within galaxies. It can also show us highly energetic signatures of growing supermassive black holes.”

This survey, and several of the key scientific findings, will be presented in an upcoming VLA-COSMOS special issue of the Astronomy & Astrophysics journal. The journal has also issued a press release, which can be seen here.

The astronomers combined the new radio data with optical, infrared, and X-ray information from many of the world’s leading telescopes. “The synergy of sensitive, multi-wavelength data allowed us to investigate the properties of galaxies shining at radio wavelengths out to about 13 billion years into the universe’s past,” said Associate-Professor Smolčić.

Radio light is not blocked by the large clouds of interstellar dust that often reside in galaxies. This means that radio waves can be used to detect newborn stars within galaxies in a way that is not possible at other wavelengths of light. The astronomers used the new survey to examine how the amount of radio light coming from a galaxy relates to the rate at which the galaxy is forming new stars. They also studied how this rate has changed over the history of the universe.

They found that this rate of production of new stars was the highest when the universe was about 2.5 billion years old - a fifth of its current age. During that period, about a quarter of all newborn stars were being created in massive galaxies. They also found that 15-20% more star formation was occurring in galaxies in the early universe, compared to what was previously thought. This means that dust clouds are indeed likely to be hiding many newborn stars.

The new observations carried out by the team revealed that very distant galaxies with intense, on-going star-formation (called submillimeter galaxies) are bigger, when viewed at radio wavelengths, than previously expected. The reason for this remains unknown, however it could be linked to collisions and gravitational interactions between galaxies.

The new radio survey has also provided a unique insight into galaxies containing actively growing supermassive black holes in their centers. These galaxies are called Active Galactic Nuclei, or AGN for short. Matter orbiting around and falling into the black hole can release huge amounts of energy. Using the new radio data, the astronomers discovered more than 1000 AGN that look like ‘normal’ galaxies at every other wavelength. Only their radio emission signatures betray their hidden black hole activity. 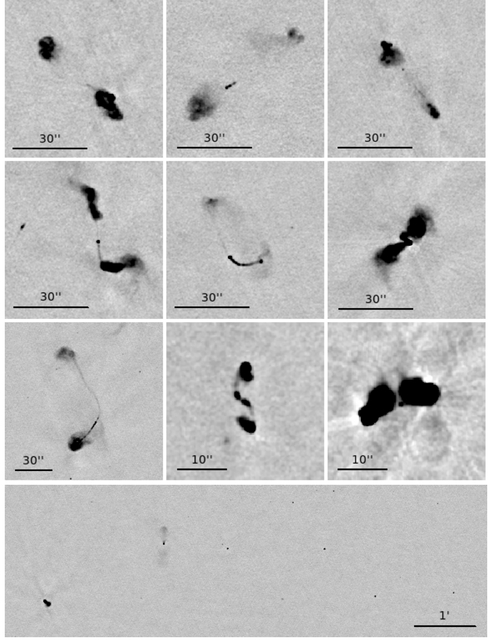 “These radio-detected AGN are particularly interesting as they may represent a population of AGN that can influence the eventual fate of their host galaxies,” said Professor Gianni Zamorani from the Astronomical Observatory of Bologna, a member of the survey team. “Physical processes associated with emission from the supermassive black hole may heat the gas in and around the galaxy, preventing the formation of new stars and halting the runaway growth of galaxies.”

The astronomers compared the AGN heating process assumed in cosmological simulations to what they detected in the new radio data. They found a strong similarity between the two. The excellent quality of the new data allowed this test to be conducted out to a cosmic time when the universe was only about 2.5 billion years old.

“The scientific findings of this new radio survey are important because they give us more information about how and why galaxies have evolved since they were formed after the Big Bang until the present day,” says Professor Zamorani.

The VLA-COSMOS 3 GHz Large Project was made possible thanks to the recently expanded capabilities of the Karl G. Jansky VLA. In turn, this survey will serve as the basis for large-scale, next-generation radio surveys. These include the upcoming VLA Sky Survey (VLASS) and those planned with the international Square Kilometre Array (SKA) telescope.

The publications associated with the A&A Special Issue can be accessed at: www.aanda.org/component/toc/?task=topic&id=752

The press release issued by A&A regarding the special issue can be found here: https://www.aanda.org/2017-press-releases/1388

All publications associated with this press release are as follows:

2. Smolčić et al., accepted for publication in A&A, ‘The VLA-COSMOS 3 GHz Large Project: Multiwavelength counterparts and the composition of the faint radio population’

3. Delvecchio et al., accepted for publication in A&A, ‘The VLA-COSMOS 3 GHz Large Project: AGN and host-galaxy properties out to z<6’

4. Delhaize et al., accepted for publication in A&A, ‘The VLA-COSMOS 3 GHz Large Project: The infrared-radio correlation of star-forming galaxies and AGN to z<6’

9. Miettinen et al. 2017, accepted for publication in A&A, ‘An ALMA survey of submillimetre galaxies in the COSMOS field: The extent of the radio-emitting region revealed by 3 GHz imaging with the Very Large Array.’ https://arxiv.org/abs/1702.07527

All images and photos can be accessed from http://jvla-cosmos.phy.hr/pr/

Visit the COSMOS Survey You Tube channel and watch the playlist containing all the following videos.

(Seen at top of page) 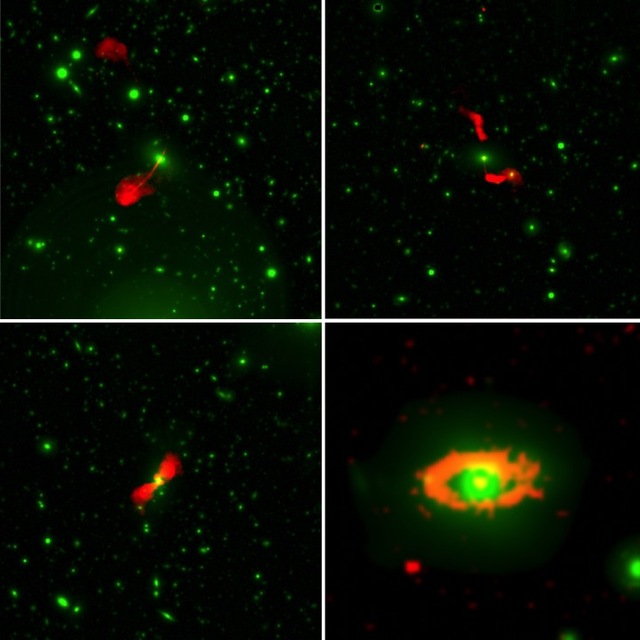 Image 3. Various large galaxies detected in the VLA-COSMOS 3 GHz Large Project, shown in false colour. In green are galaxies as seen in the near-infrared with the UltraVISTA survey. Large jets and rings are revealed in the radio images, which are shown in red. Image construction: Eleni Vardoulaki and Eric Faustino Jimenez-Andrade. 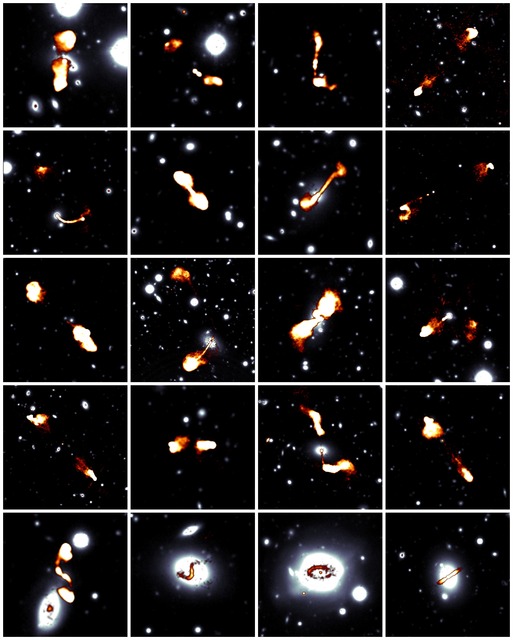 Image 4. Twenty galaxies in the COSMOS field with spectacular shapes at radio wavelengths. In the background are near-infrared images from the UltraVISTA survey, shown in white. Overlaid in a false red/yellow color scale are 3 GHz radio images of the same patch of sky. Huge structures can be seen in the radio. Image composition: Mladen Novak.


More information on the Cosmic Evolution Survey (COSMOS) and international team can be found at cosmos.astro.caltech.edu


The Karl G. Jansky Very Large Array in New Mexico, USA, is operated by the National Radio Astronomy Observatory (NRAO). The NRAO is a facility of the National Science Foundation operated under cooperative agreement by Associated Universities, Inc. 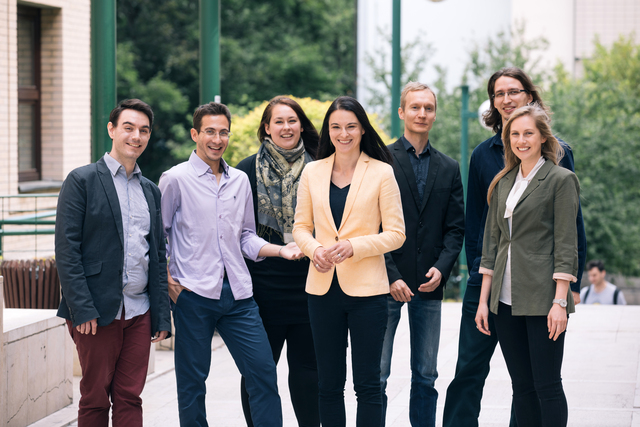 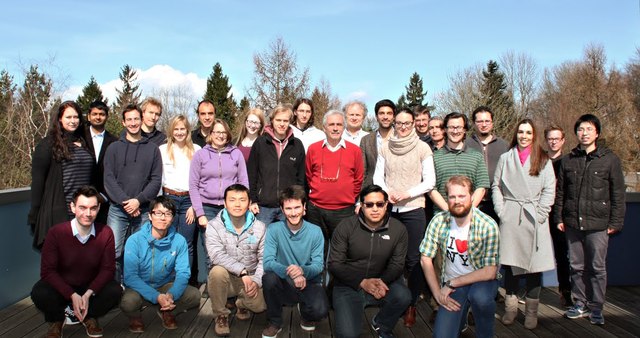 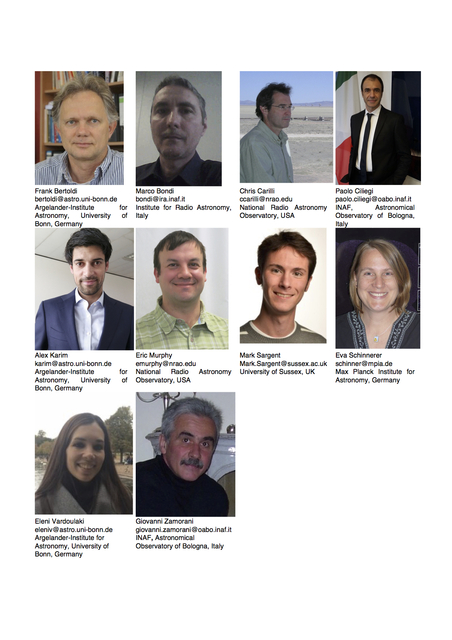