The annual COSMOS team meeting is over for another year! This was the 14th meeting and was held on the 4-7th July at the University of Kyoto in Japan. More than 70 team members from all over Europe, North America and Asia attended the meeting. We heard the latest updates on new data and data products available and new surveys underway, planned exciting future endeavours, and discussed our work on a wide range of science topics including galaxy evolution, the high redshift Universe, large scale structure, active galactic nuclei and the interplay between infrared and radio light. 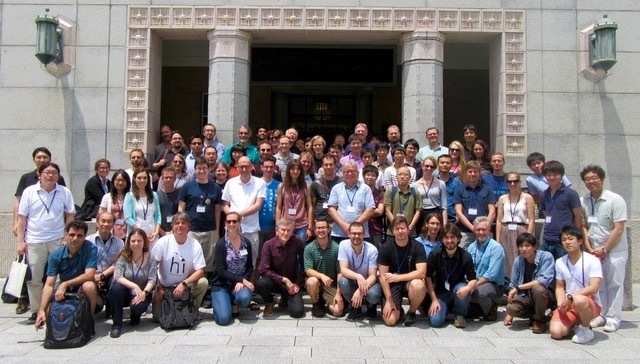 Above: Team photo taken during the 14th COSMOS team meeting at the University of Kyoto, Japan, July 2017.

We also discussed ideas for outreach and communicating our work to the general public as well as the international astronomy community. We hope to introduce some of our team members to you through a suite of interviews published on this website soon! For now, have a look at the first few videos we have made to explain some of our science.

As is a COSMOS tradition, we were once again treated to an enthralling talk by the team's artist-in-residence Karel Nel, who spoke about "The structure of darkness" and the way science and art combine to reveal beauty. We will soon be sharing a recording of Karel's talk, as well as an interview with him, on our COSMOS You Tube channel. You can read more about Karel here.

It was a great pleasure to experience the beauty, rich culture and delicious cuisine of Kyoto, particularly during our conference dinner at the beautiful Ganko Takasegawa Nijoen restaurant. This featured a beautiful Japanese garden and a dazzling array of traditional and creative dishes. The local organisers did a fantastic job preparing for the week and the meeting was a great success enjoyed by all. We thank them again for all their efforts. We are already looking forward to next year's meeting in Copenhagen! 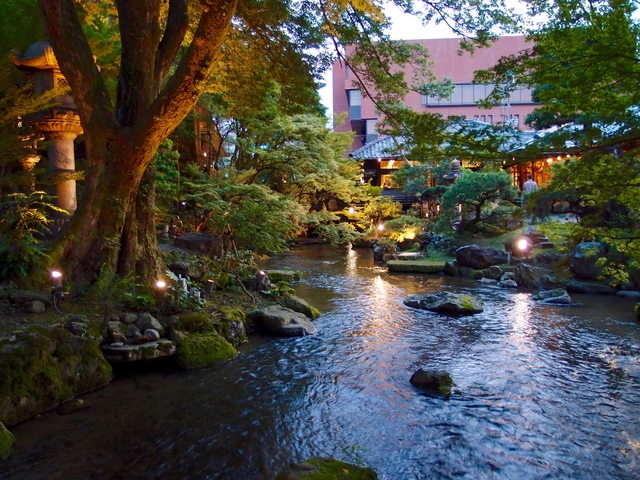 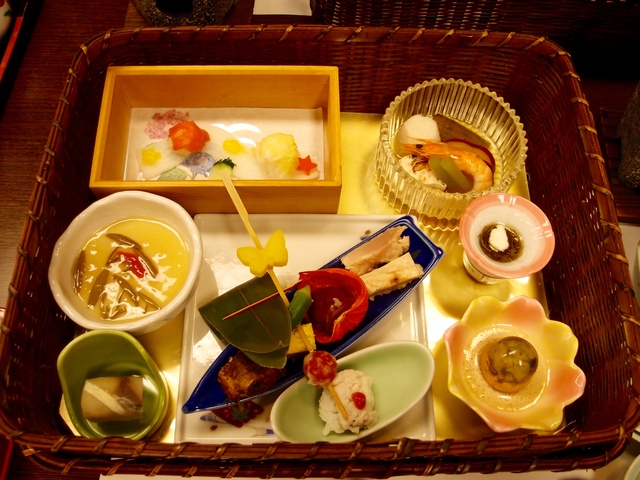 Above: Photos from the team dinner at Ganko Takasegawa Nijoen restaurant, Kyoto.