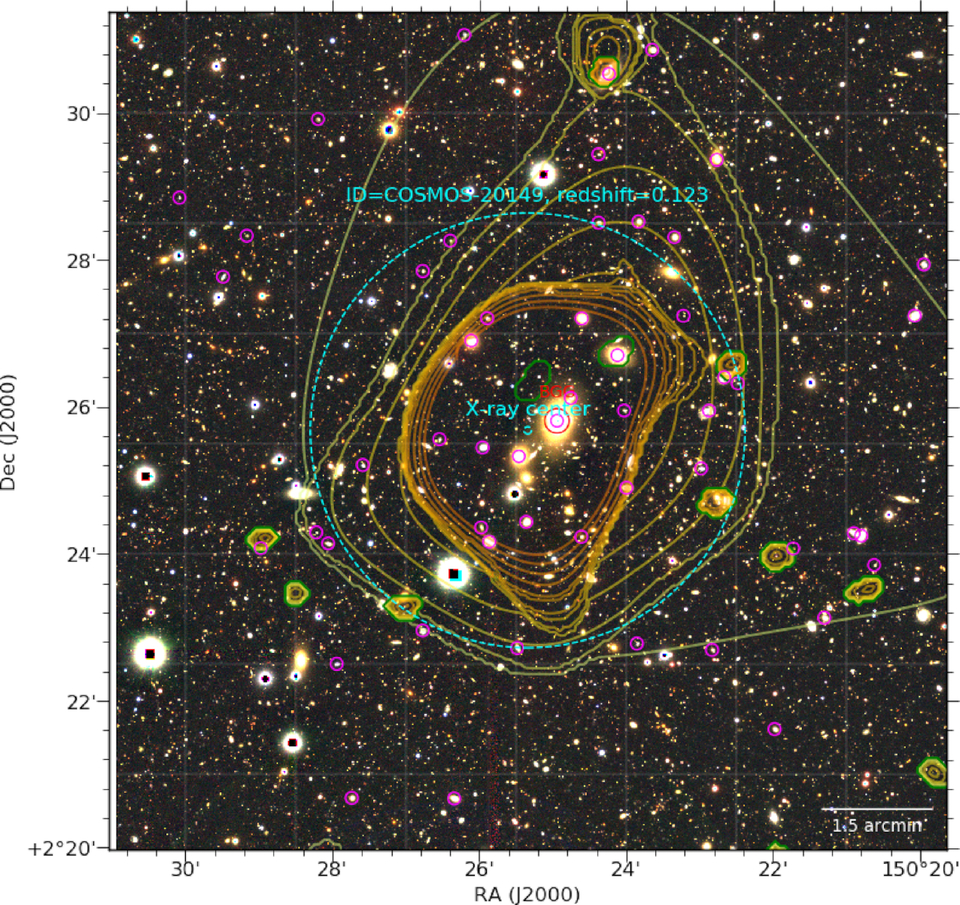 Figure: The combined RGB images of i, r, and g bands with overlaid X-ray emission contours (shown in yellow) for group ID 20149 with 50 spectroscopic members (magenta circles). The BGG (red circle) is close to the center of X-ray peak (small dashed cyan circle). The large dashed cyan circle shows the group’s half R200. The small-scale X-ray emission sources (8-16 arcseconds⁠) are highlighted with green contours. With this scale, we are able to detect the X-ray emission from the bright group galaxies.

In the latest contribution to this project, Dr. Gozaliasl and his collaborators provide a catalog of X-ray selected groups and clusters based on XMM and deep Chandra observations which offer an unprecedented spatial resolution in X-ray, thus allowing the most accurate location for the group/cluster core. As such an accurate position becomes available they focus on the offset between the X-ray peaks and the position of the brightest group galaxies (BGGs).

Such observations are highly valuable for the cosmological simulations by an offering additional constraint for the predictions. The BGG offset decreases with both increasing halo mass and decreasing redshift with no strong dependence on the X-ray flux and SNR.

For more information, check out the full paper and the catalog of groups.