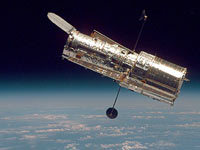 Per instructions from the Telescope Allocation Committee (TAC), 50 orbits were given over to an outside group to pursue high-redshift supernovae. The remaining 590 orbits have been used to observe 1.7 square degrees of the COSMOS field in F814W and 0.03 square degrees with F475W.

The ACS imaging is the central cornerstone of the COSMOS survey to study galaxy and large scale structure evolution. ACS provides morphologies of over 2 million galaxies at < 100 pc resolution. Each orbit has 4 dithered exposures in F814W for cosmic ray and bad pixel rejection and to cover the gap between the two ACS CCD arrays.

An additional 88 orbits were allocated to the CANDELS (Cosmic Assembly Near-infrared Deep Extragalactic Legacy Survey) project in Cycles 19 and 20 to obtain near infrared images with the Wide Field Camera 3 of a 0.05 square degree region in the center of the field, with ACS data in parallel.

Additional pointed WFC3 observations have been taken in the COSMOS field. As part of a NASA grant, we are gathering all of this data and will make it available.